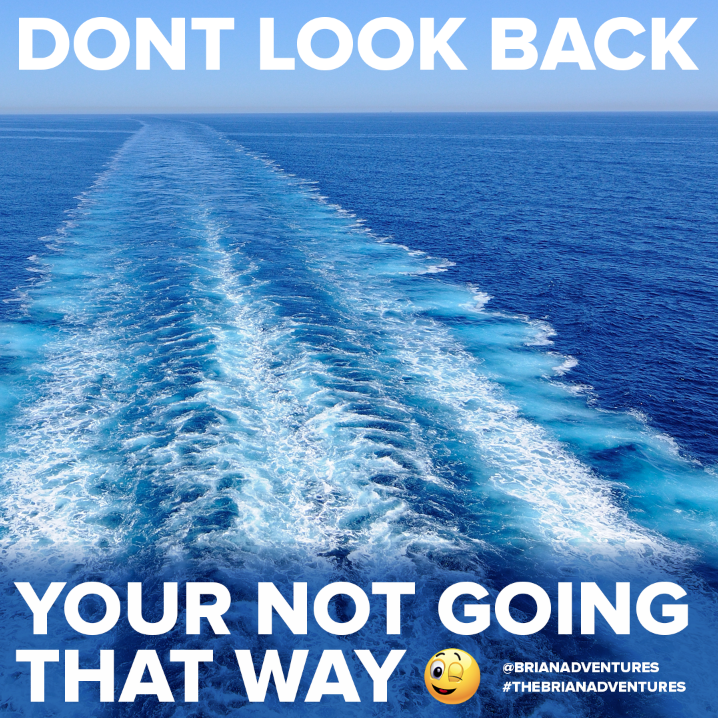 This freshly cooked MEME has a timeless lesson attached about focus and one that really hit home for me in 2015. By spending too much time over-thinking past decisions, being highly critical & negative to myself, I:

A. Created a negative self-image [a downward spiral]
B. Lost focus on the Now [where life is happening] &
C. Opened up self-perpetuating mental problems [uhoh]

For 4 months last year, it sucked. I accidentally gave myself a minor mental disorder by not letting the the past go even after I learned the lesson. A great personal friend told me what I was doing and I ended up on Wiki like WAAT?!

“A sensitive man, such as myself, overwhelmed by the argument
levelled against him, becomes confused and can only think clearly again [when he reaches] the bottom of the stairs.”
– French encyclopedist & philosopher Denis Diderot

After 4 months of doing this daily, I broke the habit and was able to overcome it in Fall 2015. I am so much happier for it. I am focused on what Im doing when Im doing it. I let the past go and am no longer overly harsh and critical with myself since it doesn’t serve me well. Yet I had to go through it and am happy that I did.

Through my ongoing research into the Development of the Brain & Human Psychology, Ive discovered that the best way to keep a healthy mindset when looking back is to:

My fault was dwelling on the past so much that when I saw the lesson & learned it, I still wouldnt let it go. I kept beating myself up moment after moment, thus missing the next decision to make in front of me [being so focused on tha past] & missing this one and the cycle goes on-n-on :O HORRIBLE MINDSET! Very detrimental to the mind. We dont need Beebs going off to the loony bin because he just wouldnt stop being mean to himself. Lesson learned.

My issue was in thinking ‘I shoulda, coulda, woulda but didn’t.’ By holding onto this negative belief, I was deflating my self-worth [Im not good enough] Evil!

‘Should’ is no longer a word in my 2016 vocabulary since it creates major limits on the mind. I can do whatever I want in this life. Im limitless.  I have that power simply by giving it to myself. No need for more limiting beliefs. Let that s#%*t go.

Saying “I Should” & “Shouldnt” is the conscious mind [5% in control] selling the subconscious mind [95% in control] into a false belief coming from an external source [influence, other people] that goes against your very nature. [Read that again] OK, twice was enough 😛

In 2016, I am following my joy. I am abundantly happy now and I am focusing on what Im doing when Im doing it. Im staying in the moment, finding the peace I so desire. I am awakening to my power.

I refuse to beat myself up mentally and become some old weird person no one can understand. Im going to be the coolest old person youd ever meet, sharp as a tack and when its my time to go, Im going to let this life go without a care in the world as well. No fear or self-made mental diseases here kids, Nope! Beebs is Back! OHYEA!

So one last piece of mental strength for your toolbox then:

Whatever you focus on, grows. Be that a negative or positive thought, your world will become more of that simply by thinking it. You literally have the power to create your own reality with your mind. Try it n see 🙂 Im creating abundance all around me now. Its fascinating to live through simply by thinking it first. <3 LOVE IT! <3

& Lastly, one last piece of advice:

Be nicer to yourself in 2016. Love yourself 100% in all situations and simply understand that if a situation coulda, shoulda woulda but didnt go well, next time it will because you learned from it.

There is no Fail, there is only Learning.